Drinking a glass of wine produced under the brand of a Latin American Antonio Banderas who “captured” Hollywood or pampered with a glass of dry red from Pierre Richard is a cherished dream not only of movie fans but also of true connoisseurs of wine. Among sommeliers and enologists there are endless debates about wine made under the brand name of famous actors - is it profitable marketing or professional winemaking?! What can offer us movie stars?

“Never do winemaking! This occupation is not for the faint of heart ..." Pierre Richard, Kyiv, 2017.

Pierre Richard vineyards are located on 20 hectares of the Chateau Bel Eveque castle (South of France, Corbieres town, Languedoc region), which the actor acquired in 1986. Today, Richard’s winery, located 16 kilometers from Narbonne, produces up to 100,000 bottles a year. The extraordinary and light character of his movie heroes Richard left in the cinema. In winemaking, Pierre Richard is particularly focused on the final result. His line of wines is formed from 10 varieties of red, white and rosé wines, which are among the best wines of France. Every year in July, Pierre Richard moves to his Chateau Bel Eveque, where he monitors and controls the harvest process, develops wines depending on the quality of the crop, and tracks all the birth processes of wines under his name. 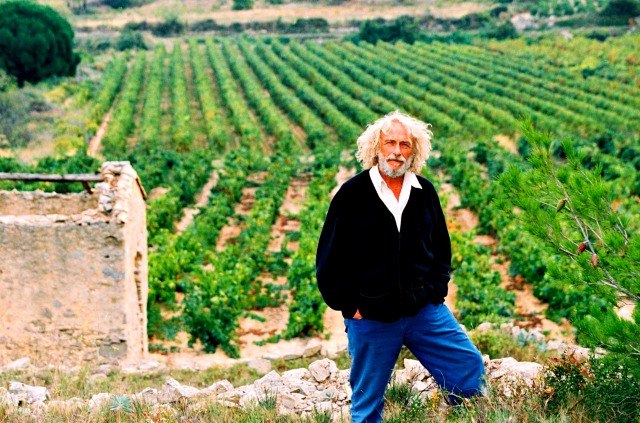 You can visit the vineyards of the actor without recording. And in the summer, 2 times a week, the “tall blond” on Wednesday and Thursday, from 6:00 pm, applies his autograph on the bottles bought in his cellar and happily takes pictures with his guests.

In Ukraine, Pierre Richard presented Chateau Bel Eveque wines twice in 2015 and 2017, with wine tastings of his production.

The average cost of wine from Pierre Richard is 26 euros.

"In the questionnaire in the profession column, I write “actor and winemaker”- Gerard Depardieu. 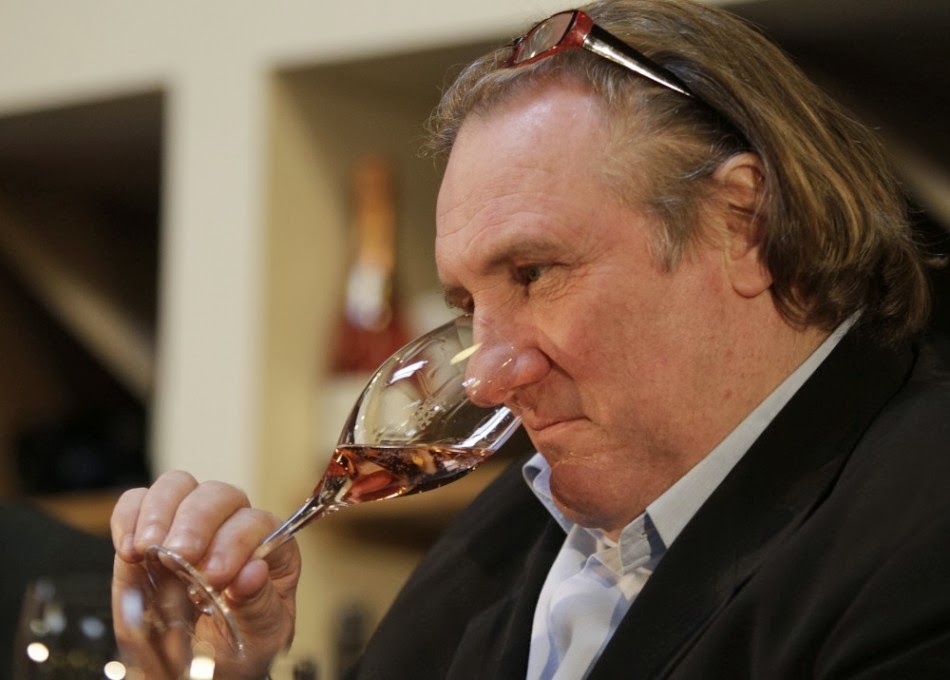 An odious and controversial person, notorious, including because of his boundless love of wine, Gerard Depardieu also has the status of a recognized winemaker. The actor's winery is located on 50 hectares of its vineyards of the Chateau de Tignes castle on the banks of the Loire (between Anjou and Saumur), where an average of 250,000 bottles of wine under the brand Gerard DEPARDIEU is produced. His pride in the entire line of wines Gerard calls the favorite cabernet "Cuvée Cyrano", which was named Depardieu in honor of his favorite hero Cyrano de Bergerac and is his favorite wine brand among wine connoisseurs around the world. Depardieu, like Richard, considers winemaking as his true passion. The actor can break from filming from anywhere in the world, and come to his vineyards to control the process of grape harvest; he takes care of the vines and does not miss a single regional holiday of the winemaker. In the possession of Gerard Depardieu, in addition to French vineyards, there is land in Spain, Portugal, Morocco and Argentina, Algeria and the United States - and this is more than 100 hectares of vineyards and the production of more than a million bottles of wine per year.

The price range of the millionth edition of wine from Depardieu varies from 5 to 100 dollars. 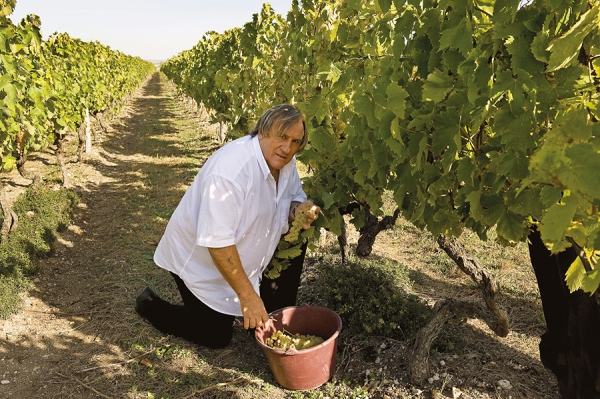 “Message In A Bottle”, “When We Dance”, “Sister Moon” is not a musical quiz on the work of a multi-instrumentalist, the legendary musician and singer Sting, but the name of the wines of the famous British singer Tenuta del Palagio. 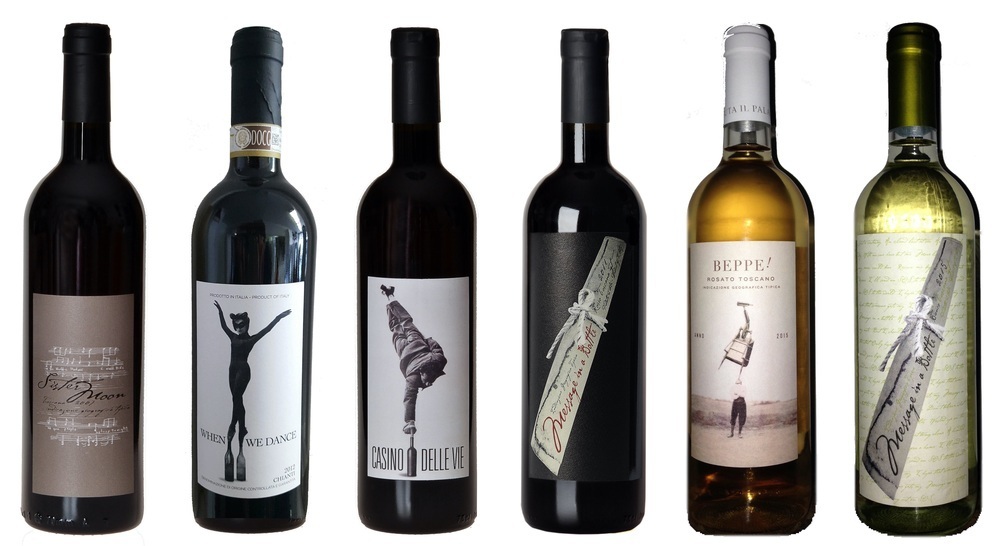 Sting's vineyards are located in the most classic wine region of Italy - Tuscany, where authentic grape varieties are grown, as well as imported varieties of vines Merlot and Cabernet Sauvignon. Every year, Sting's winery produces about 30,000 bottles of biodynamic wine, Chianti DOCG. One of the original techniques of the musician in winemaking is wine aging under the musical accompaniment of musical genius, sometimes Sting goes down to the cellars and plays music, which, in his opinion, improves the taste of wine.

The total area of ​​Sting possessions in Tuscany is 350 hectares, of which only 28 hectares are vineyards, the rest of the area is distributed under fruit and olive orchards, farms with small livestock, apiaries, and berry fields. Thanks to such a solid agro-ecological complex, the musician and his wife, Trudie Styler, organized the production of organic products, which can also be bought in a store located in the Tenuta del Palagio villa. 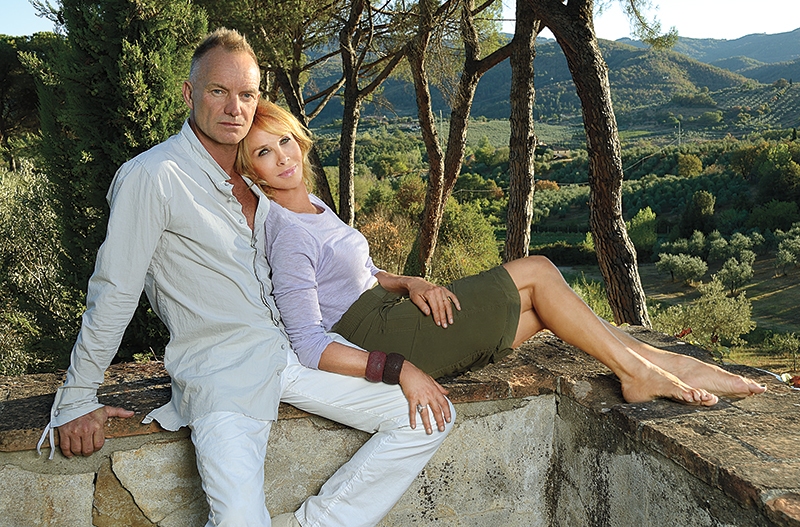 Besides, Sting, being a businessman "from God," went to the trick and invites tourists to visit their villa. But, despite the fact that the villa is built and equipped with everything necessary, guests of the villa for 262 euros per day for accommodation, will not only have to live, but also have to work on the possessions of the musician and help the owner to harvest olives for the production of branded olive oil and grapes for the subsequent production of organic wine under the brand Il Palagio. In 2016, “Sister Moon” (a blend of Sangiovese, merlot and cabernet sauvignon) was included in the TOP 100 wines of Italy.

In 2009, following the example of his star colleagues, passionate Spaniard, the famous Desperado, and Zorro Antonio Banderas decided to join the winemaking industry. Banderas' cinematographic images are always filled with passion and love, burning with their charisma even through movie screens. The same passion Antonio Banderas invests in the production of wines with his name. Since 2009, Banderas became co-owner of the winery in the Spanish region of Ribera del Duero, located on 235 hectares of land, which before the transaction was called Anta Bodegas, and today, according to the contract, renamed after the star partner Anta Banderas with an annual turnover of 1.5 million bottles of wine, with funny names: A4, A10, A16, cost from 10 euros. Antonio plans to build a hotel near the vineyards and create another tourist Mecca for connoisseurs of winemaking and holding conferences and competitions.

An offer that is impossible to refuse!

Francis Ford Coppola is a legend of world cinema, six-time winner of the Oscar award, winner of two Golden Palm branches and many prestigious cinema awards. Winemaking and cinema are equally intertwined in the life of the great maestro.

Francis Ford Coppola is the first, most ambitious and most titled wine producer from among the modern stars of cinema, who began to combine his main occupation with winemaking.

At the very beginning of his journey as a winemaker, Coppola bought the land of the Niebaum estate in Napa Valley (California, USA), which since 1879 was the vineyard of the Finnish sea captain Gustave Niebaum, and the winery had the name Inglenook. Inglenook wines were once recognized and popular in America and the UK. The lands of old vineyards, though they had high potential, but after the death of their first owner, passed from hand to hand of heirs, who because of their lack of professionalism was able to destroy their ancestor's built business. Francis Coppola was the salvation for the fertile lands of the Napa Valley. 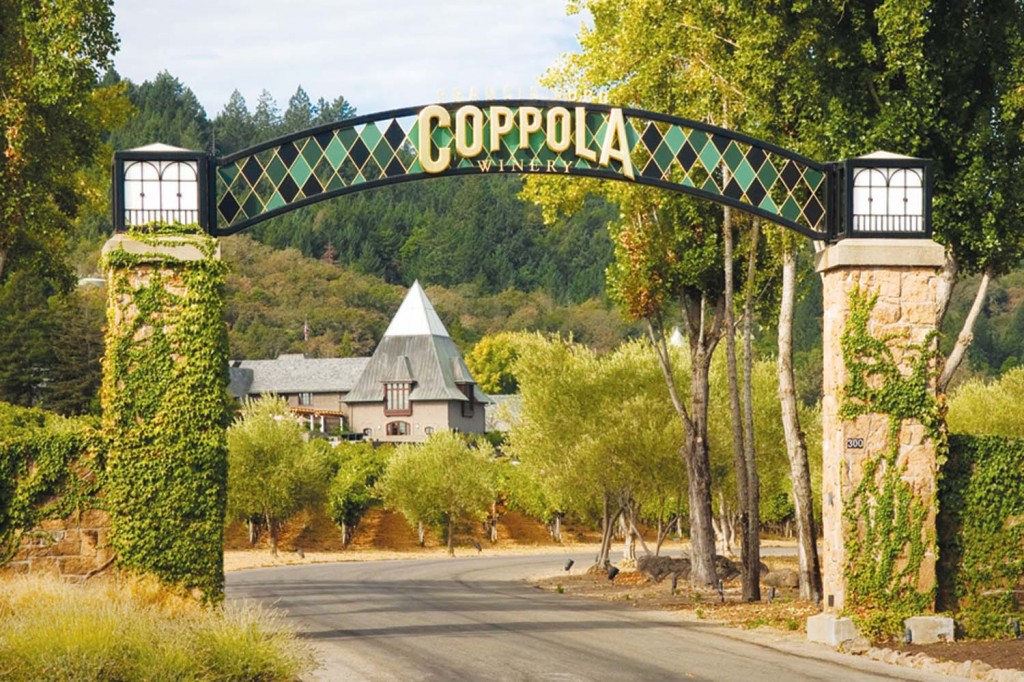 Coppola first bought his vineyards in 1975 for fees from "The Godfather", while working on "Apocalypse Now" film, the director had to plant vineyards, and thanks to the third part of "The Godfather", Coppola fully bought the estate and expanded during the shooting of "Dracula". Today, the Kopolly family is the sole owner of the entire estate, which cost its owners $ 14,000,000, and was renamed the Chateau "Rubicon Estate" - in honor of the first branded wine created in 1978.

Today, Francis Coppola owns 2,000 hectares of vineyards in the state of California, producing more than 10 varieties of wine, with a circulation of about 700,000 bottles a year.

The success in the revival of one of the oldest Californian vineyards was the introduction of technologies into production of Coppola wines using the skills of the legendary Russian technologist Andrey Chelishchev, who were once considered revolutionary for California. Chelishchev professionally adapted the true French technology for the production of wines in California. Namely, the use of stainless steel tanks, malolactic fermentation for red wines and cold fermentation for whites, strict control over chemical additives to the wort, moderate wine sulfitization, etc. Over time, the famous winemaker Philip Bascol was invited to create wine under the Coppola brand, with 20 years of experience at the Chateau Margot winery in Bordeaux.

Francis Coppola wines have become recognized in the professional world. Confirmation of the highest quality steel grades Rubicon wine from the legendary Robert Parker, who appreciated Rubicon wines of 2000 harvest in 94 - 96 points. The cost of Rubicon wines starts from $ 100 and is the most expensive position of the winery. The production of its wines legendary director builds on the principle of accessibility. 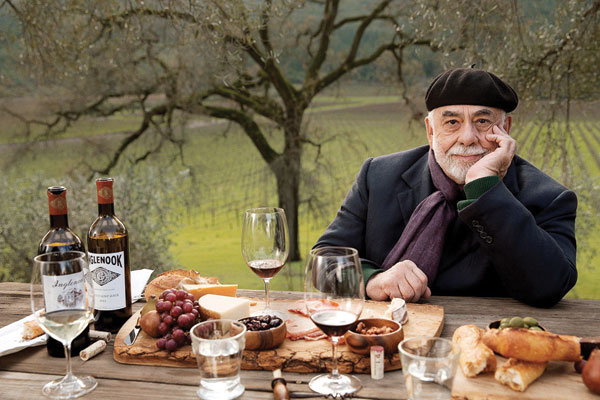 “Just as my movie is available to every viewer, so should my wine be available.” Francis Ford Coppola.

From the very beginning of its activity as winemaking, the Coppola family created wines in the price range of 10 dollars, keeping this trend today. Even a sparkling wine, the name of which Francis dedicated to his daughter Sophie - Sofia Blanc de Blancs - costs only $ 19 per bottle.

In 2006, Coppola additionally acquired more than 30 hectares of land with vineyards in the Sonoma Valley (USA) and called the estate and winery Francis Ford Coppola where new branded wines are created in the affordable price range of $ 10.

Enumerating the scale and achievements of star winemakers, it can be said with confidence that wine production does not tolerate amateurism and handicraft. You cannot just be the owner of the winery. Every year, each new edition of the wine harvest of the new year is the painstaking work of a huge number of people, but giving the wine your name, the stars are fully responsible for the product, which is a continuation of their public image. And if you have already decided to plunge into this world - you must fully comply with the rules of the world of winemaking and surrender with sincere passion and love for the process of winemaking.